Enteros Design, P.C. is a full-service architecture firm dedicated to providing high quality professional service to our clients. Our goal is to maintain an active partnership with our clients from a project’s earliest conception to its final construction and into the next project.

Enteros Design’s work is appropriate to its context and environment, true to its materials and character, and expressive of its time and function. The firm’s name is derived from the prefix ENT- (to put into or within) and the words Expression, Rhythm, Order and Structure, which are the fundamental elements of design embodied in our work. We hope to increase human interaction and emotional experience within the built environment. 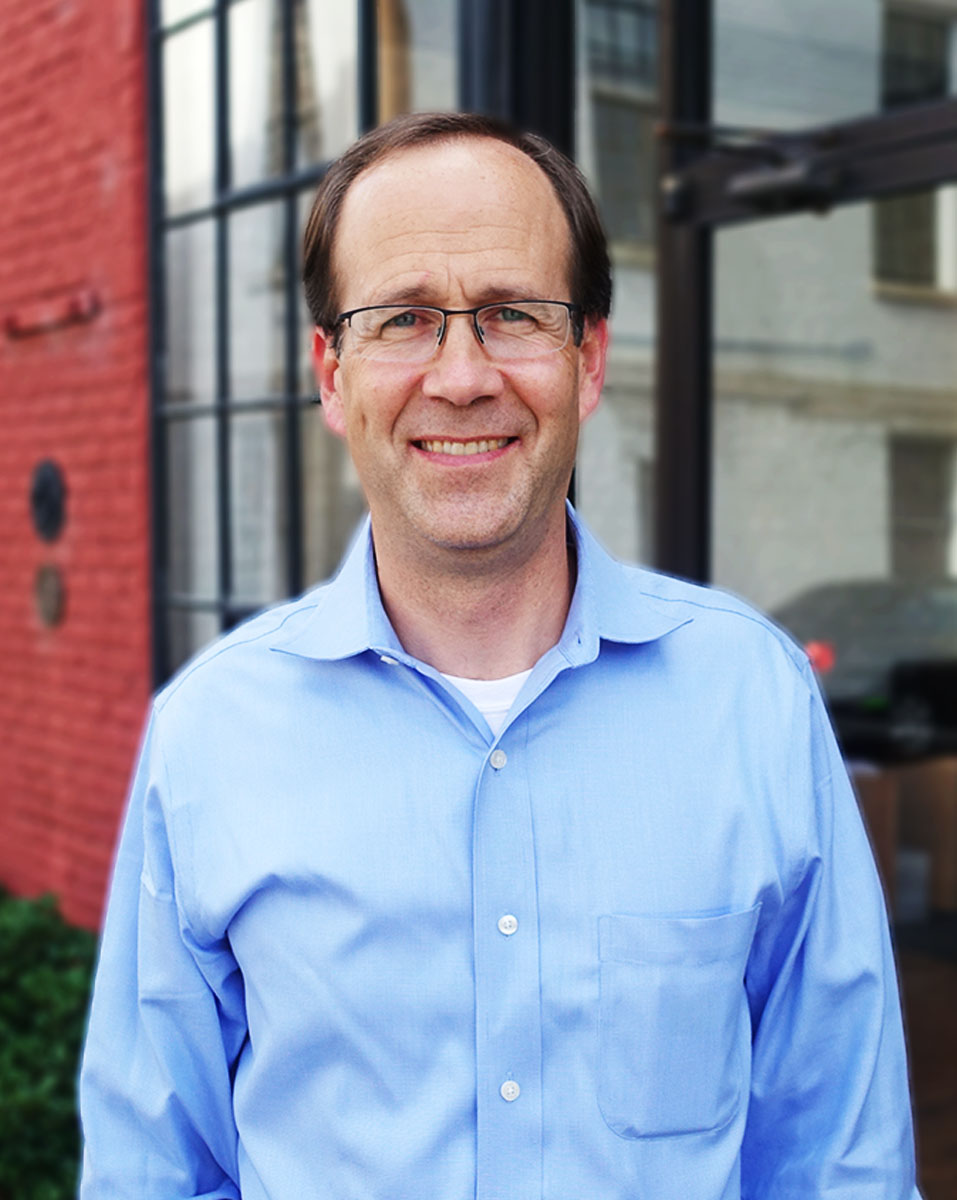 Gil Entzminger founded Enteros Design in 2003 with the intention to expand his goal of creating meaningful experiences in the built environment.  His interest in evoking emotional responses to architecture is rooted in the philosophy of Phenomenology.  Phenomenology studies the structure of various types of experience ranging from perception, thought, memory, imagination, emotion, desire, bodily awareness, embodied action, and social activity.  His design principle begins with what he has defined as the fundamental elements of design:  expression, rhythm, order, and structure.  The emotional experience of his architecture is enhanced by incorporating symbolism from the function, context, culture, and heritage of the clients, buildings, and communities he serves.  Following these principles, he creates built environments that are inspiring, appropriate to their context, respectful of the environment, and expressive of their time and function.

Gil’s early career started in Washington, DC with the international firm Helmuth, Obata, and Kassabaum.  There he focused on large scale government and institutional projects.  He later focused on adaptive reuse, preservation, and renovation projects with the Georgetown firm Blackburn Architects.  Through over 20 years of experience, Gil has led project teams on complex projects while building long term relationships with his clients. 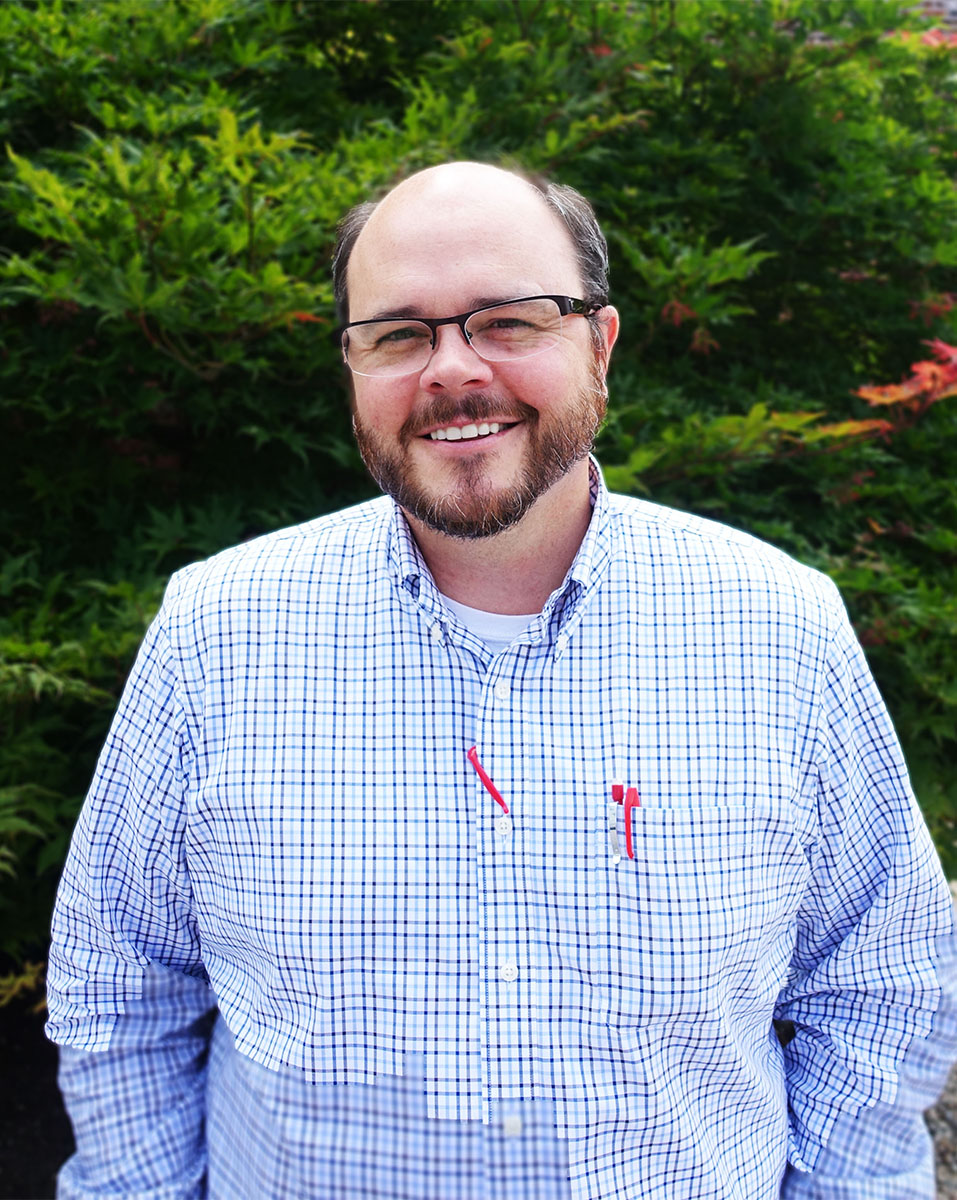 Scott is driven by his pursuit of creativity and quality throughout the design process. His long-term interest in the value of architecture’s connection to both people and the environment began during architecture school at Louisiana Tech University and continued on with his career with Cooper Carry Architects in Atlanta, BCWH Architects in Richmond, and now with Enteros Design in Petersburg. He continues to build on the connective nature of architecture and design through both technical details and creative solutions to better serve his clients and the environment they live in.

Scott has experience in projects from large-scale institutional science and education buildings for both Higher Ed and K-12 clients, religious and cultural performing arts facilities, to small renovation projects. Throughout these projects, he has developed a creative, but pragmatic design methodology that balances design with client objectives, technical coordination, and effective project execution. Scott strives to be involved in all aspects of the planning process and excels in developing project research and analysis to be used throughout the project.

As one of the early adopters for sustainable design, Scott became a LEED Accredited Professional back in 2001. Since then Scott has worked on several projects in an effort to organize the right balance between good design for the client, the environment, and the “bottom-line”. He has also been an advocate for sustainability outside of the office by being a leader in the community. Scott was a founding board member for local chapters of the U.S. Green Building Council in both Atlanta and Richmond. He served on the JRGBC Board as head of Programs for over six years and is still active today.

Scott is also an avid cyclist and dreams of being able to take off and ride across the county someday. Outside of the office, he is learning how to live sustainably by growing vegetables year-round and tending his seven hens for eggs. 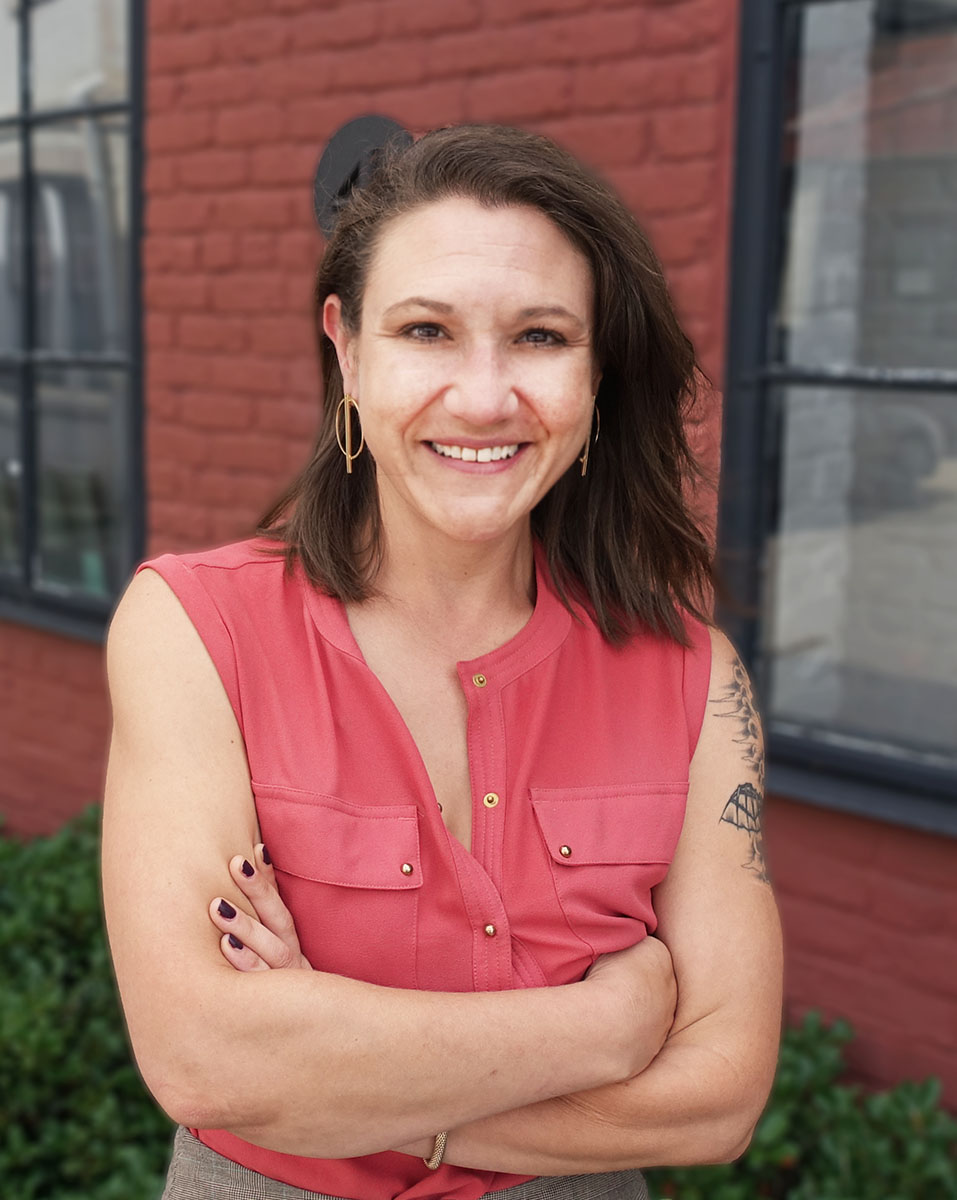 Beth joined Enteros Design in 2008 having zero knowledge of architecture and assumed all architects wear black tortoiseshell glasses, scarves, and have German accents.  It turns out it’s true, it’s all true.

Beth’s background is in the performing arts, and she moved from Chicago to Petersburg to help start a non-profit theatre in the City’s Old Towne District.  While mopping the floors of the bathroom after a production, she was spotted by Enteros Design’s Principal Architect, Gil Entzminger.  He thought, “If she’s willing to clean the floor of a men’s bathroom, she’ll definitely work for me!”  And so, Beth joined Enteros Design in late 2008.

Beth focuses on business development, pursuing projects, proposal preparation, graphic design, and special events for Enteros Design.  She spends her weekends climbing volcanoes and reading Russian literature.  HA!  No, but seriously, she has a brilliant daughter, through whom she is attempting to live vicariously.  Because she WILL BE an Olympic gymnast. Stop crying! Olympians don’t cry, little girl! Her rare moments of free time are spent in the gym, baking desserts that she can’t eat, and secretly judging other moms on their child-rearing techniques. 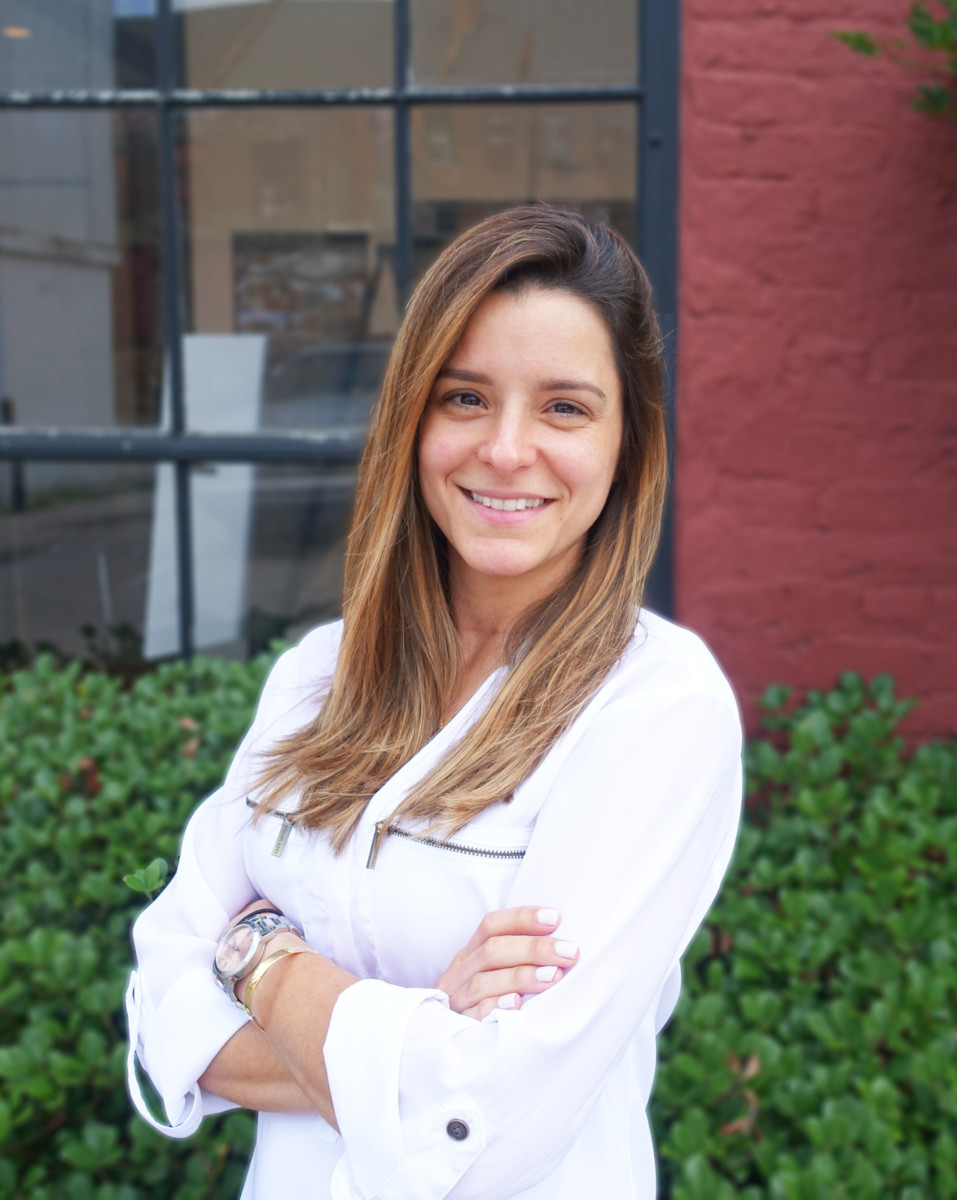 Born in Venezuela and living in the U.S for three years now, Maria has lived all around the continent (Venezuela, Argentina, Brazil, and Mexico) considering herself a “resident of the world”. Coming from a family of Civil Engineers, she always knew architecture was her passion. During college years she spent her last year focusing on restoring antique architecture at The Polittecnico di Milano in Italy. She graduated cum laude from college and continued her studies with a Project Management specialization. While living in Argentina she completed a Masters in Advanced Architecture, where she had the opportunity to work with amazing architects such as Mariano Clusellas and Mathias Klotz.

She has worked in every country she has lived in, which adds a touch of cultural openness on everything she does and how she approaches life. She speaks four languages and enjoys art. She has a very busy after work-life with three young kids, two of them twins. 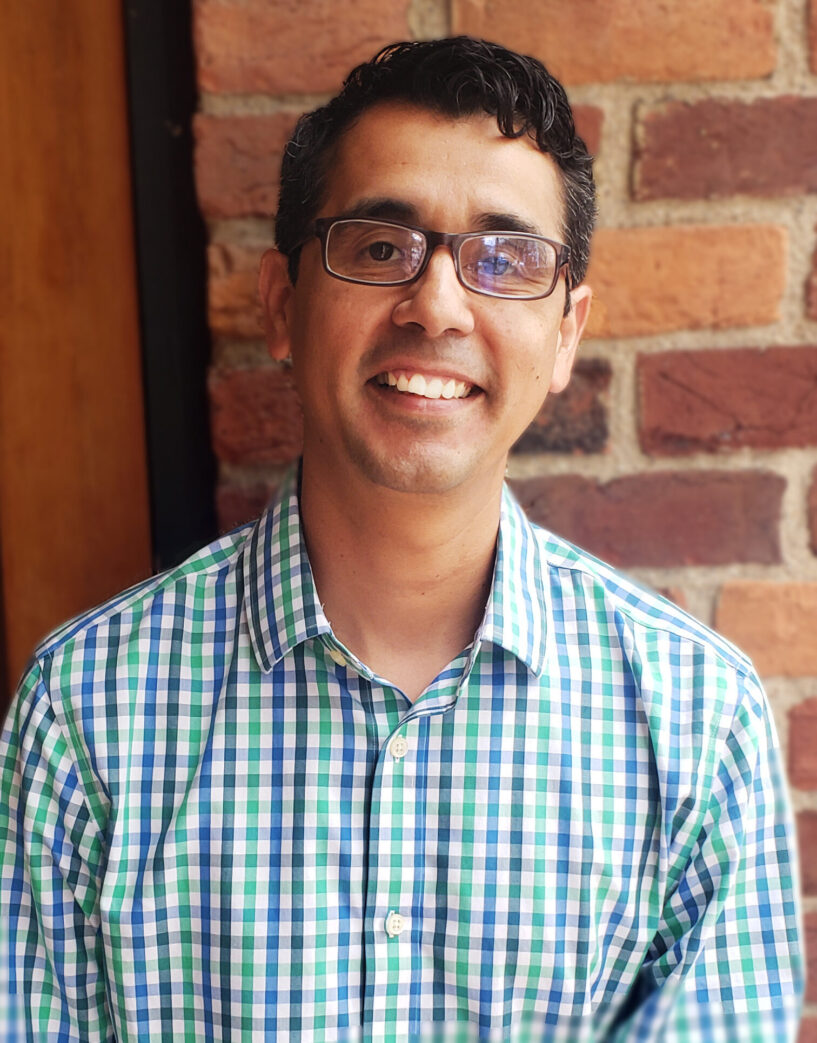 Enrique received his Degree in Architecture from the University of Texas at San Antonio in 2009.

He started his career in Marble Falls, Texas where he was able to work in custom wrought iron railings and light fixtures, which led to a career in residential and commercial design.  Enrique joined Powers Brown Architecture in Houston, Texas where work was focused on large scale industrial projects.

After Texas, Enrique moved to Louisiana where some of the projects he was involved with included fire stations, a  physical rehabilitation care center, air craft hangers, convenience stores with gas stations, retail centers, and tenant improvements.

While in Louisiana he was able to work on some restoration projects for the City of Lake Charles after the devasting blows of Hurricane Laura & Hurricane Delta.

Enrique’s love for the relationship between architecture and nature brought him and his family to the Vail Valley in Colorado where he worked on residential projects in the Mountains.

He enjoys being involved in all aspects of architecture from meeting with the clients to design, design development, construction documents, to going to the field and working with the crew.

Enrique is an active Knight of Columbus Council member. He is also an explorer and has hiked half of the National Parks in the United States with his family and they plan to complete them all. He enjoys being in nature as he believes there is no greater inspiration in architecture than nature. 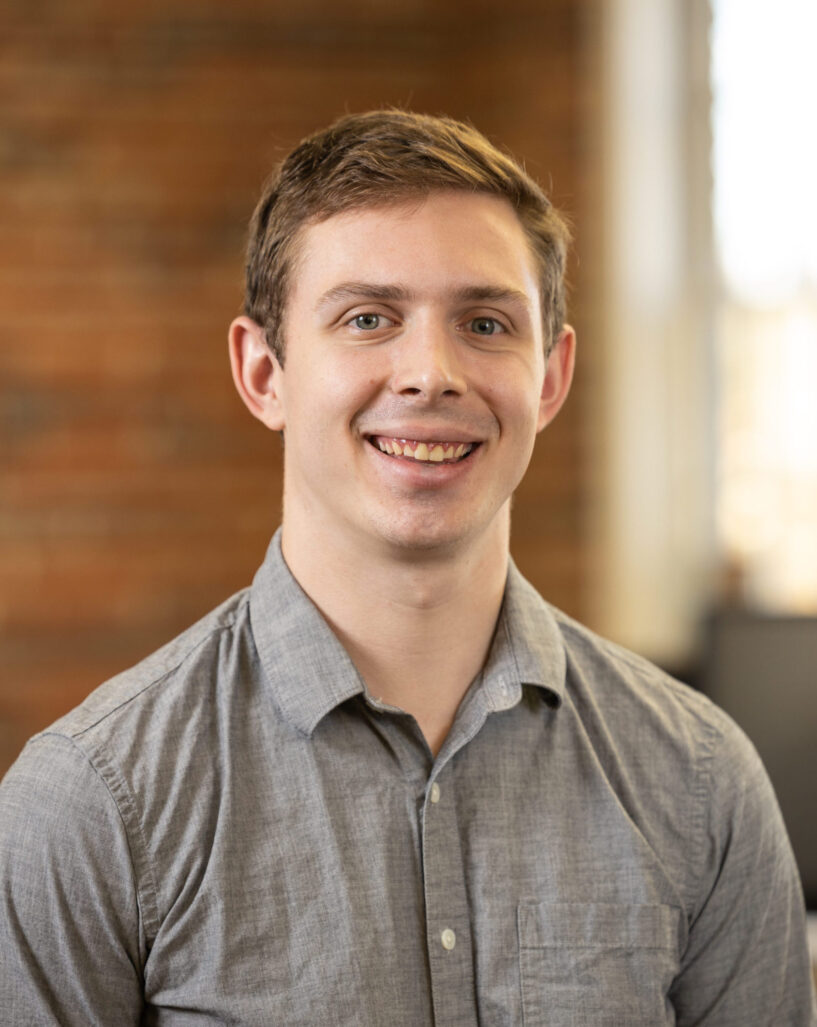 Excited by the prospect of working on community focused projects, Ethan joined the Enteros Design team in September 2022.  He has a deep belief in the power of architecture to help shape perspectives and strengthen the identity of places.  To him the primary role of an architect is to be an altruist and activist for bettering their community, a sentiment he sees reflected in the work of Enteros.  In June 2020 he graduated from Clemson University, and prior to joining Enteros Design he worked at R2L Architects, a Washington, D.C. firm specializing in high rise residential architecture.

Outside of the office he enjoys exploring the architectural and artistic offerings of Richmond.  Ethan enjoys reading, writing, playing music, and every other artsy cliché imaginable.

Let us design your next project.